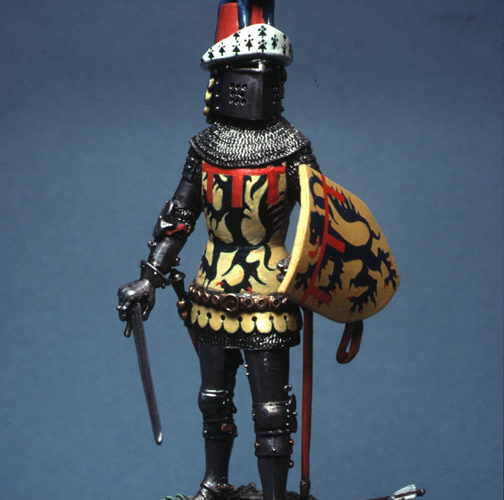 Harry Hotspur At The Battle of Otterburn

Harry Hotspur or Henry Percy at The Battle of Otterburn

Henry Percy or “Hotspur” played a prominent part in Border warfare in the late 14th and early 15th centuries. He was defeated and captured by the Scots at the battle of Otterburn which was fought until late into the evening in August 1388. The famous leader of the Scots, James, Earl of Douglas was killed.

The model depicts in authentic detail the arms and armour of a knight of the late 14th century. The blue heraldic lion of the Percy Earls of Northumberland identifies Hotspur. James Douglas would have armed himself in a similar style as the arms and armour of the Scots knights were the same as their English rivals.

In 1402 Hotspur inflicted a crushing defeat on a Scots army under a new Earl of Douglas at Homildon Hill outside Wooler. In the following year he was killed at the battle of Shrewsbury in rebellion against Henry IV. 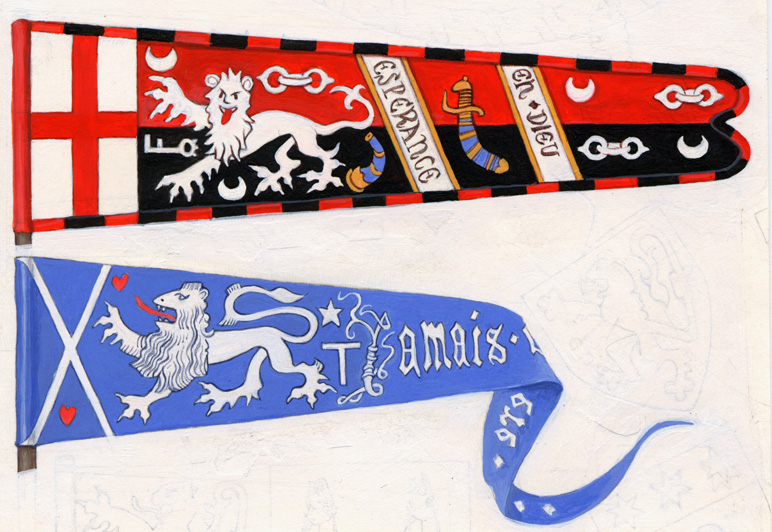 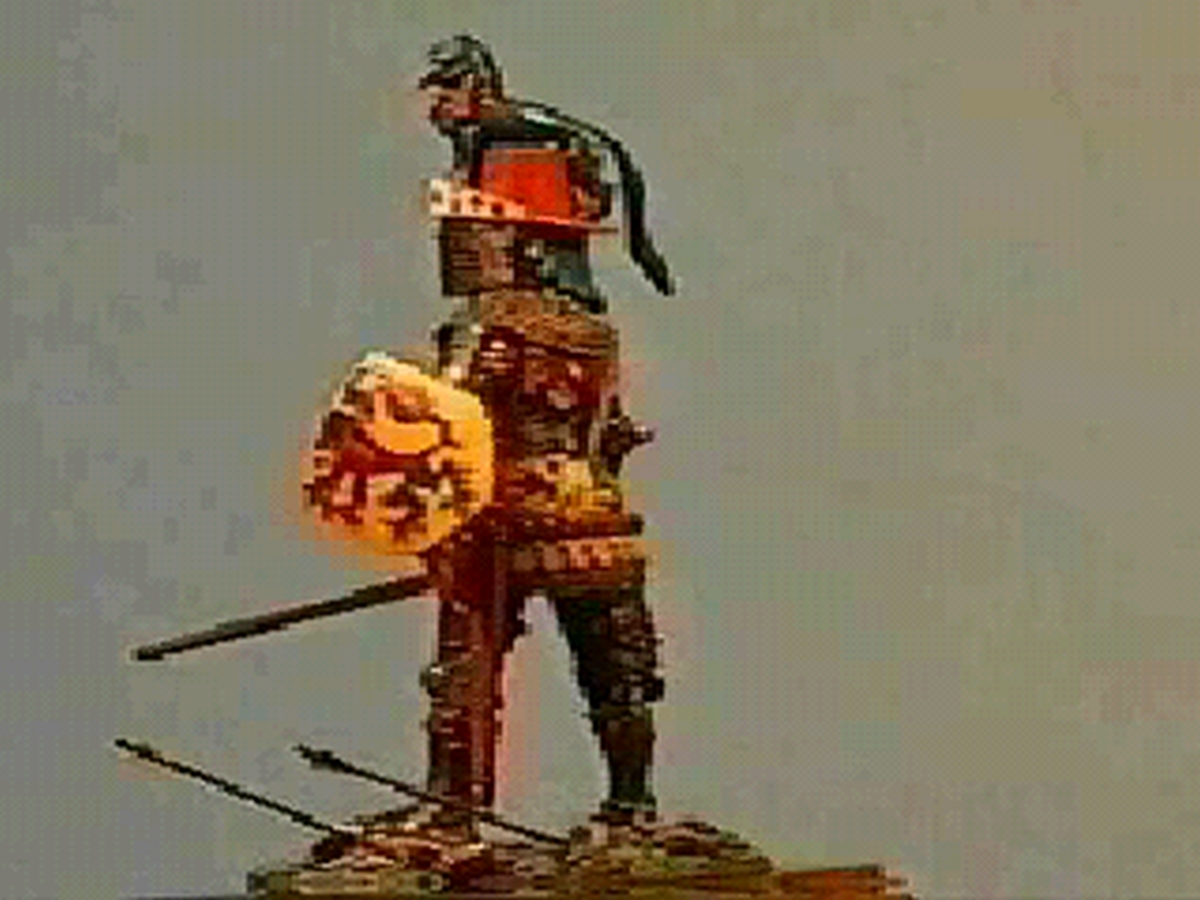 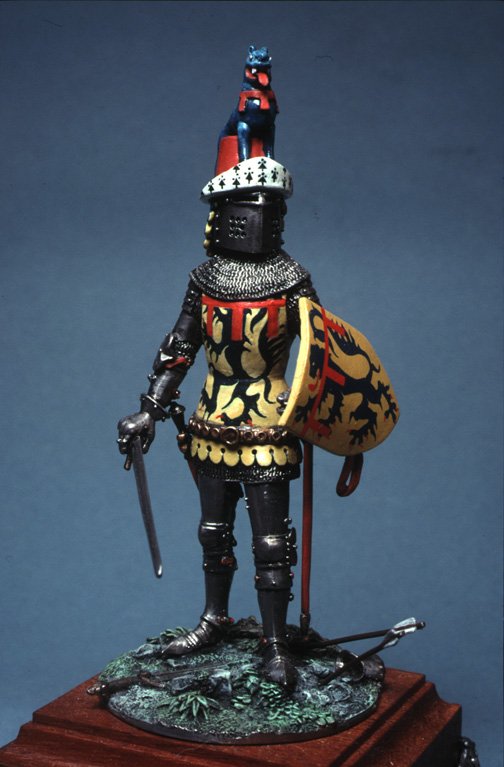