The Battle of Ancrum Moor was fought on the 17th February 1545 between a motley English force under Sir Ralph Eure and Sir Brian Layton and a smaller but well-led Scottish force under the Earl of Angus and the Regent Arran. The English were scattered while they were in retreat and many fell prey to the retribution of the Scots. 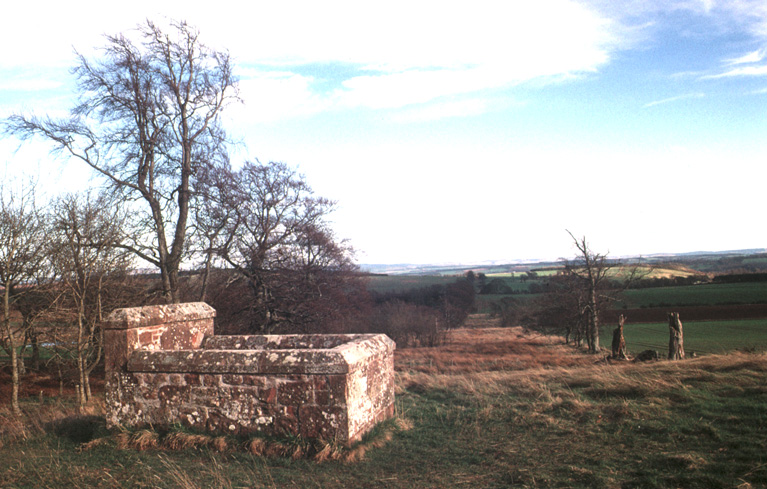 The defeat at Ancrum had little effect on Henry VIII’s policy. Hertford ravaged the Borders again in the Autumn of 1545 with 12,000 men including a motley array of foreign mercenaries. Systematic devastation, including the burning of Kelso Abbey, was inflicted on the towns and villages over a wide area of southern Scotland.

Eure and Sir Brian Layton decided to ravage and lay waste to the Scottish Borders which they did with shameless barbarity. A business-like record of their depredations was kept and despatched to the King which became known, with good reason, as “the bloody ledger”.

Early in 1545 Eure and Layton again crossed the Border in force intending this time to ravage as far north as the Forth. They had a force of 5000 men among whom were 3000 foreign mercenaries; the rest consisted of about 1500 English Borderers and 700 or so renegade Scots.

They plundered Melrose, ransacked the venerable Abbey and with shameless insolence destroyed the tombs of the Earls of Douglas. This added insult to the injury caused to the Earl of Angus for large tracts of the devastated lands in the Borders belonged to the Douglases. A Scots army under Angus and the Regent Arran dogged the English line of march as they retired laden with plunder towards Ancrum.

At this point the Scots were reinforced by Norman Lesley, Master of Rothes with 1200 riders and by Sir Walter Scott of Buccleuch.

The Scots, on the advice of the experienced Buccleuch, drew up on foot in order of battle on the moor between Peniel Heugh and Lilliardsedge out of sight of the English who were camped on low ground north of the Tweed at Ancrum. This manoeuvre concealed the full size of the Scots army.

The English took the Scots manoeuvres to be a retreat and eager to overtake what they thought were fugitives they pressed on eagerly in careless disorder into the Scots ambush. It was towards evening when the armies clashed and taking advantage of the disordered state of their enemies the Scots became the assailants.

The conflict was short but decisive, with the setting sun in their eyes and the smoke from the gunfire blowing in their faces the disjointed English attack reeled back at the first onset of the Scots.

The Scottish Borderers, seeing the state of affairs, tore off the cross of St. George and deserted to swell the ranks of their countrymen.

The English scattered in rout and confusion with large numbers including Evers and Latoun killed as they fled in all directions.

Note: A letter from Eure of 14/9/1544 names the renegade Scots as Crosyers, Halls, Olivers and Turnbulls.

The battle is probably best known because of the Maiden Lilliard who
“Upon the English loons she laid mony thumps.,
And when her legs were cuttit off,
She fought upon her stumps.” 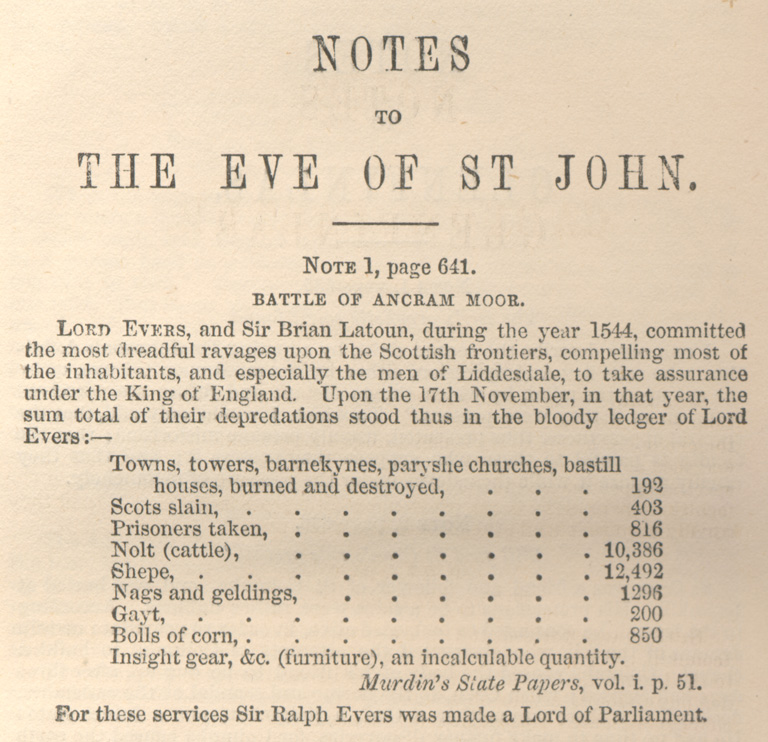