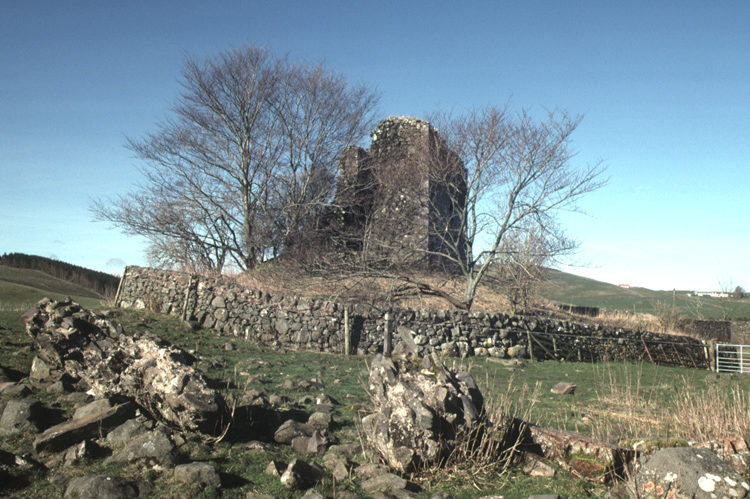 Definitions, sites and generalities of a Barmkin/Barnekin

Most pele-towers and tower-houses of the Border did not stand in isolation but had a barmkin attached. That is an enclosure normally of stone but sometimes of earth and timber, intended to safeguard livestock. Remains are sparse as few towers have retained more than a fragment of their original barmkin.

In the 16th century an Act of the Scottish Parliament laid down that barmkins were to be 60ft square, with walls of stone and lime 3ft 6in thick and 18ft 6in high for “saving of men, their goods and gear upon the borders in time of war and all other troubled times”.

Perhaps the best known and most complete barmkin is that to be seen at Smailholm in Roxburghshire.

There are remains at Buckholm in the same county and at Lochwood Tower in Dumfriesshire.

An almost complete barmkin surrounds Newark Castle in Selkirkshire. Hills Tower near Dumfries has a fine original gateway and a more recent barmkin built on the line of the original.

In Cumbria there is an original stretch of barmkin wall and an interesting gatehouse at Burneside Hall.