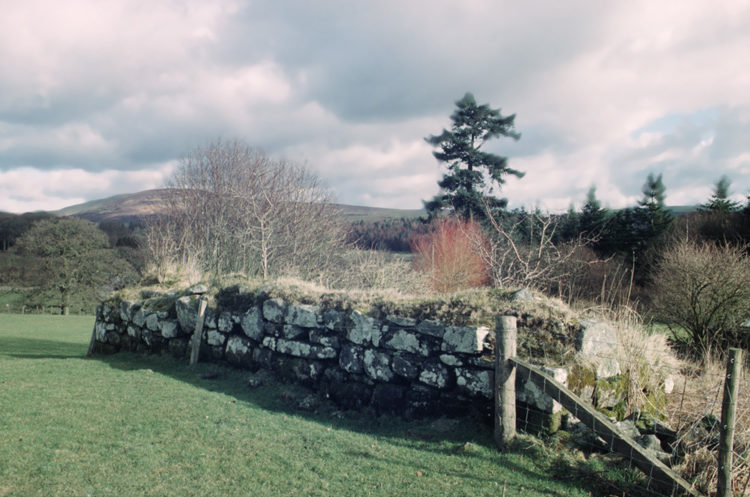 The shattered ruins of Auchenrivock Tower stand in Eskdale near the mouth of the Irvine burn, the northern limit of the Debateable land. Though the site is marked as a “Tower” on the Ordnance Survey map, the remains suggest that this was a bastle-house.

The west wall, 33ft long and originally 4ft thick is still standing, as is the north wall; 7ft long and 3 ft thick. The only feature of interest are the loopholes in both walls that splay inward and outward from a small circular hole in the middle of the wall. It seems probable that the basement was vaulted.

Auchenrivock was sometimes known as “Stakeheugh” and was the original seat of the Irwin family. In October 1513 Sir Christopher Dacre burned “the Stakehugh, the manor place of Irewyn, and the hamlets down Irewyn Burn”. The Irvines contributed much to the general disorder in the West March despite their small numbers. As late as 1606 it is on record that Chris Irvine, in company with Tom Armstrong and Jock “Stowlugs” Armstrong, were captured on a reiving raid by Lord William Howard of Naworth and hanged.