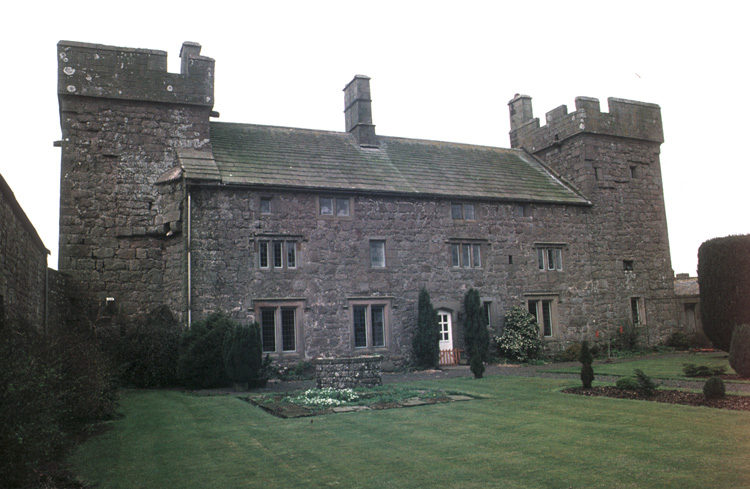 Askerton is remotely sited on high open ground on the south-west flank of the Cheviots between Gilsland and Bewcastle. The buildings here are clustered round a courtyard and have been much restored and altered over the years. The castle protected this area from the inroads of the notorious Reivers of Liddesdale.

The main block is a 15th century-fortified house to which flanking towers were added about 1500. A hall and stable block, which also housed the garrison, were added in the early 16th century. A stretch of curtain wall with a large modernised gateway completes the fourth side of an enclosed courtyard.

Askerton appears to have been fortified when the nearby castle of Triermain fell into such decay that it could no longer house the Land Sergeant and his garrison who protected this part of the Barony of Gilsland from the marauding Reivers of Liddesdale to the north. The 16th century remodelling of the castle was carried out for Lord Thomas Dacre, Warden of the West March. In 1589 the house was “in verie great decaie” though still occupied by Thomas Carleton the rapacious Land Sergeant and Deputy Warden of the March. He aided and abetted the Scots Reivers when it was profitable and, despite the efforts of the Warden, Lord Scrope to dislodge him from his post, the Carletons thrived.