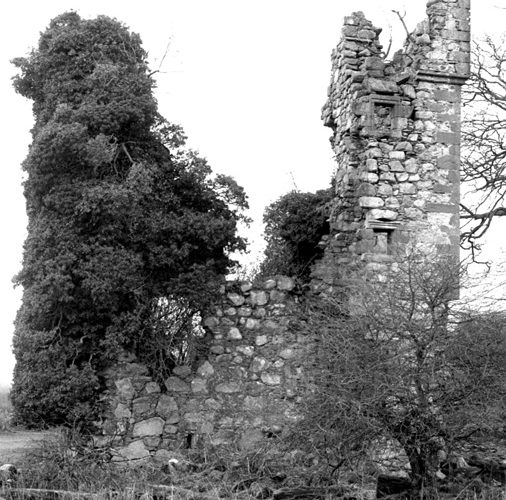 The late 16th century Abbot’s Tower was, before its recent reconstruction, an overgrown and fragmentary ruin. The basement vault of the small L-plan tower-house had fallen, encumbering the interior space with debris. The west wall and staircase wing still stood to a height of about 32 ft.

The cap-house of the stair-wing teetered precariously on a pillar of masonry above mounds of fallen rubble. The other walls were completely ruined and despoiled of any dressed stone. The general layout of this typical tower-house was however apparent enough from the remains on the ground.

The overgrown ruins did not, in 1986, appear to be a feasible undertaking for the would-be tower restorer in search of a project. Very little was known about the history of this little tower but recent research, undertaken by the present owner, is beginning to throw some light on this.